Harri was born in March last year two weeks before the first lockdown. We found out on the 20-week scan that he had talipes. I read lots of information on the Steps website and reading other people’s stories helped me prepare for the treatment he may need.

Once he was born the physiotherapist team in the hospital met us before we were discharged. Harri was diagnosed with fixed talipes right foot. They provided us with leaflets from Steps and advised us to take a look at the website. They said they would give us a week to take in all the information and would then book our first appointment. Due to COVID-19 and the uncertainty of what would happen, the appointment was brought forward. I was glad I had found the Steps charity website and Facebook pages before Harri was born. He was 10 days old when he had his first cast.

We are now a year in, and he is in part-time boots and bar. Due to lockdowns, Harri has been lucky to spend most of the year at home with his 7-year-old brother Elis. Elis cheered Harri up on any tough days. Those initial days in boots are bar aren’t easy but when you have a big brother singing and dancing at you Harri soon smiled.

In January we decided to try and raise some money for Steps because they had provided us with lots of information and answered many questions we had at a stressful time. Harri has been so lucky so far, his hospital’s treatment is amazing, but we realise not everyone has this story. We did a few challenges this year and then Elis wanted to do something to help other children with clubfoot. We saw the 1000 foot challenge and decided to walk Pen y Fan mountain on Saturday, June 5th during clubfoot awareness month. Elis had a great and tiring day with his cousin walking the mountain and pledged 17 thousand steps to the campaign. We are very proud of him! 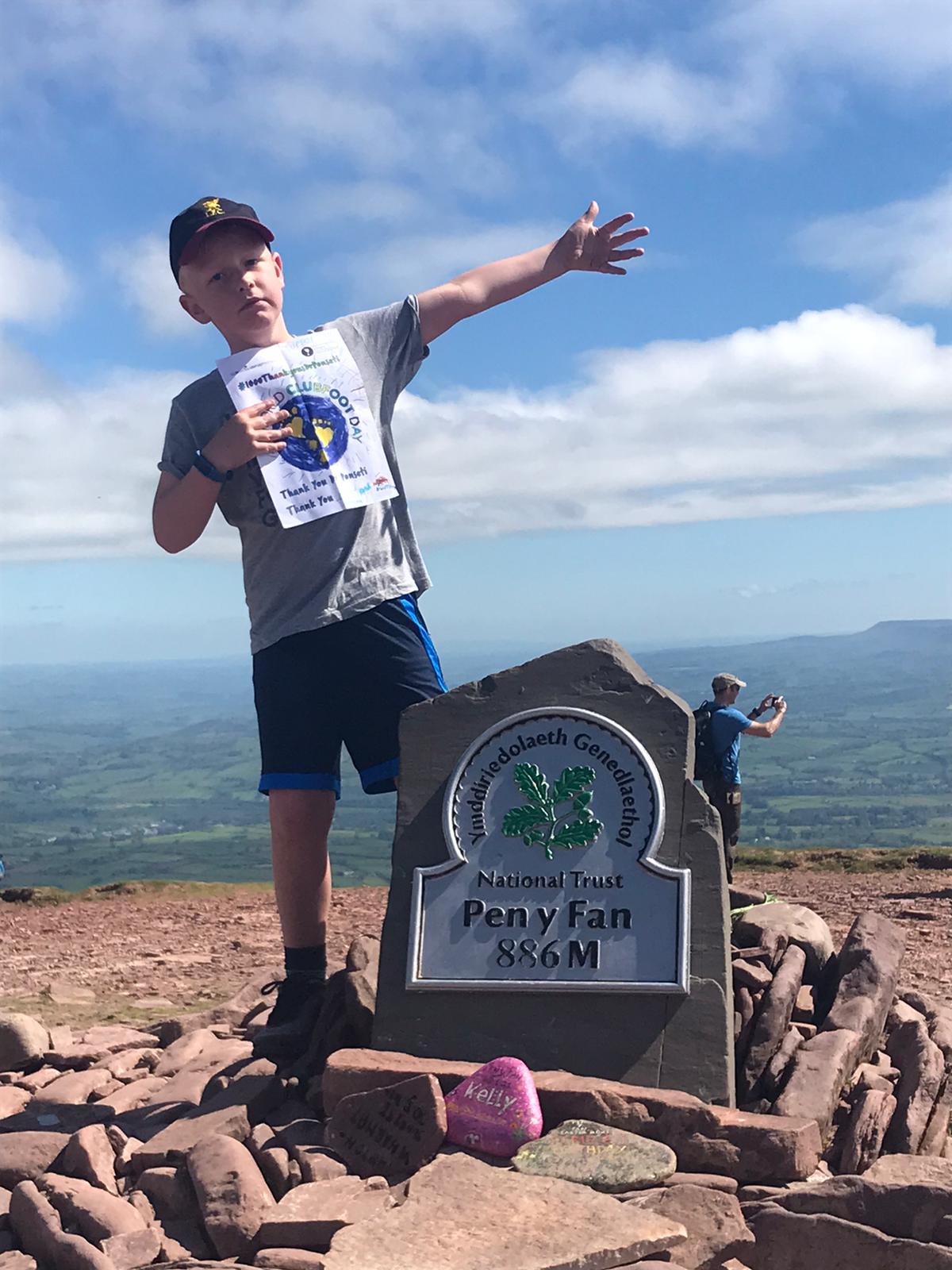 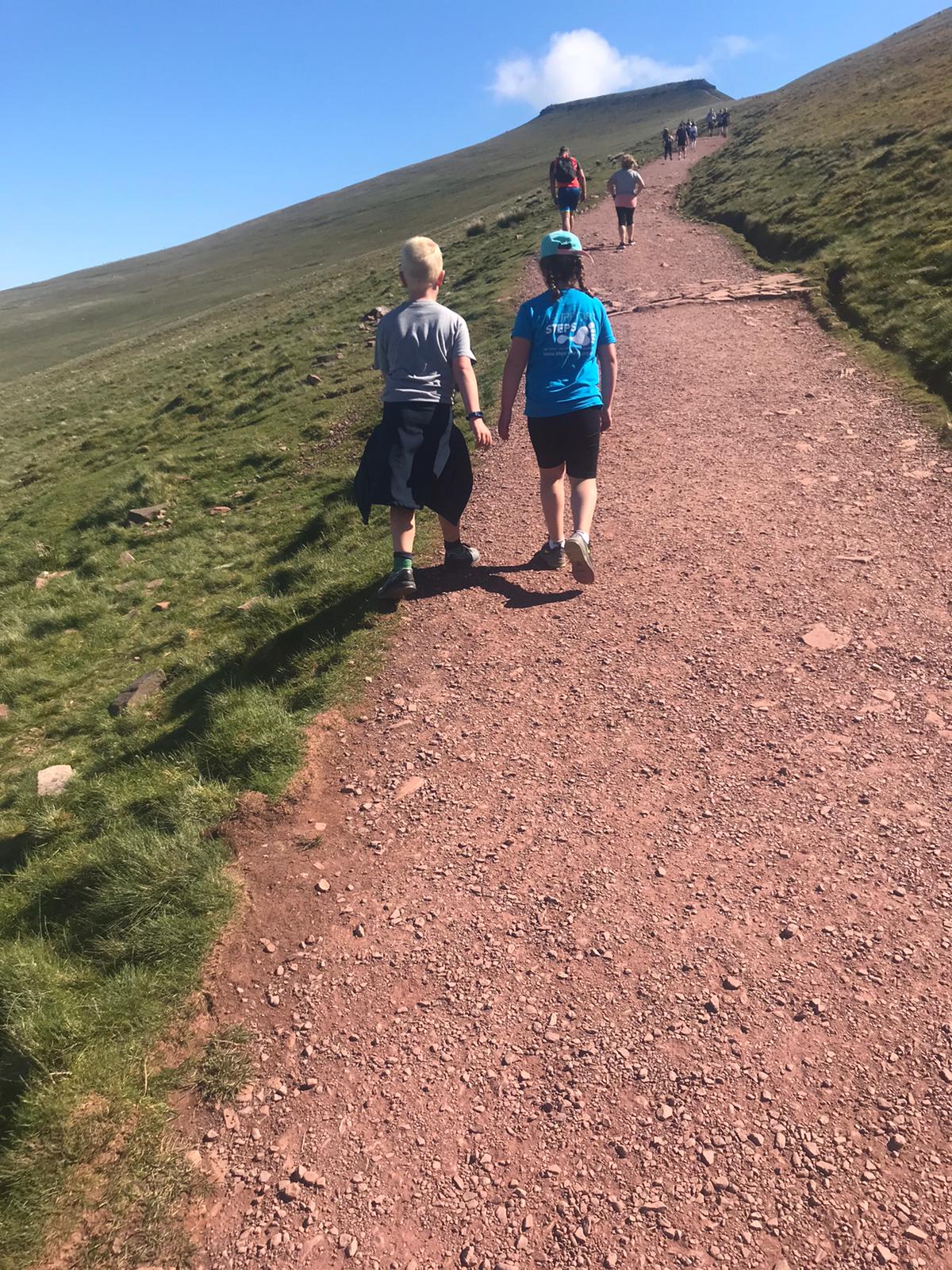 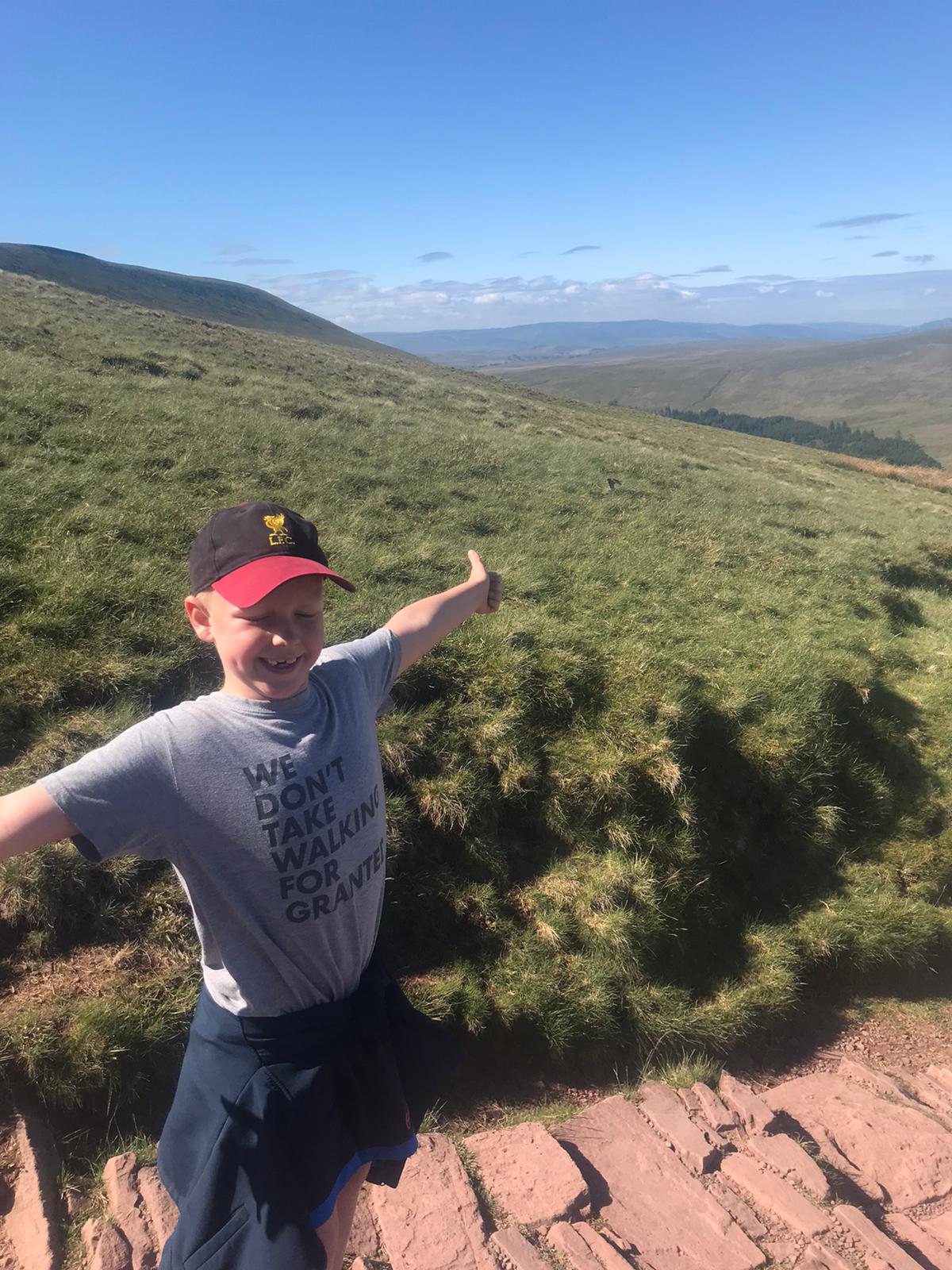